Al-Saif teamed up with Russian navigator Kirill Shubin and two stage wins enabled the Can-Am Maverick driver to stay clear of Ré and his brother Pedro to secure the vital victory by just 5.1 seconds.

Points earned by both drivers now means that Al-Saif overhauls team-mate Meshari Al-Thefiri to top the standings in the FIA World Cup for Baja’s T4 section and Ré secures the FIA European Baja Cup title with one round still to run in Portugal at the end of October.

“This is a great result for us to win the FIA European Cup with one race to go,” said Ré. “It was a challenging start to the event and a fight to the end with a small margin at the end.”

Kuwait’s Al-Thefiri suffered a severe setback to his push for the FIA World Cup T4 title. Partnered by Qatar’s Nasser Al-Kuwari, Al-Thefiri was well placed after the qualifying stage but was sidelined following an accident on the first of the selective sections on Friday afternoon. He now needs to beat both his rivals in Portugal to stand any chance of winning the title. 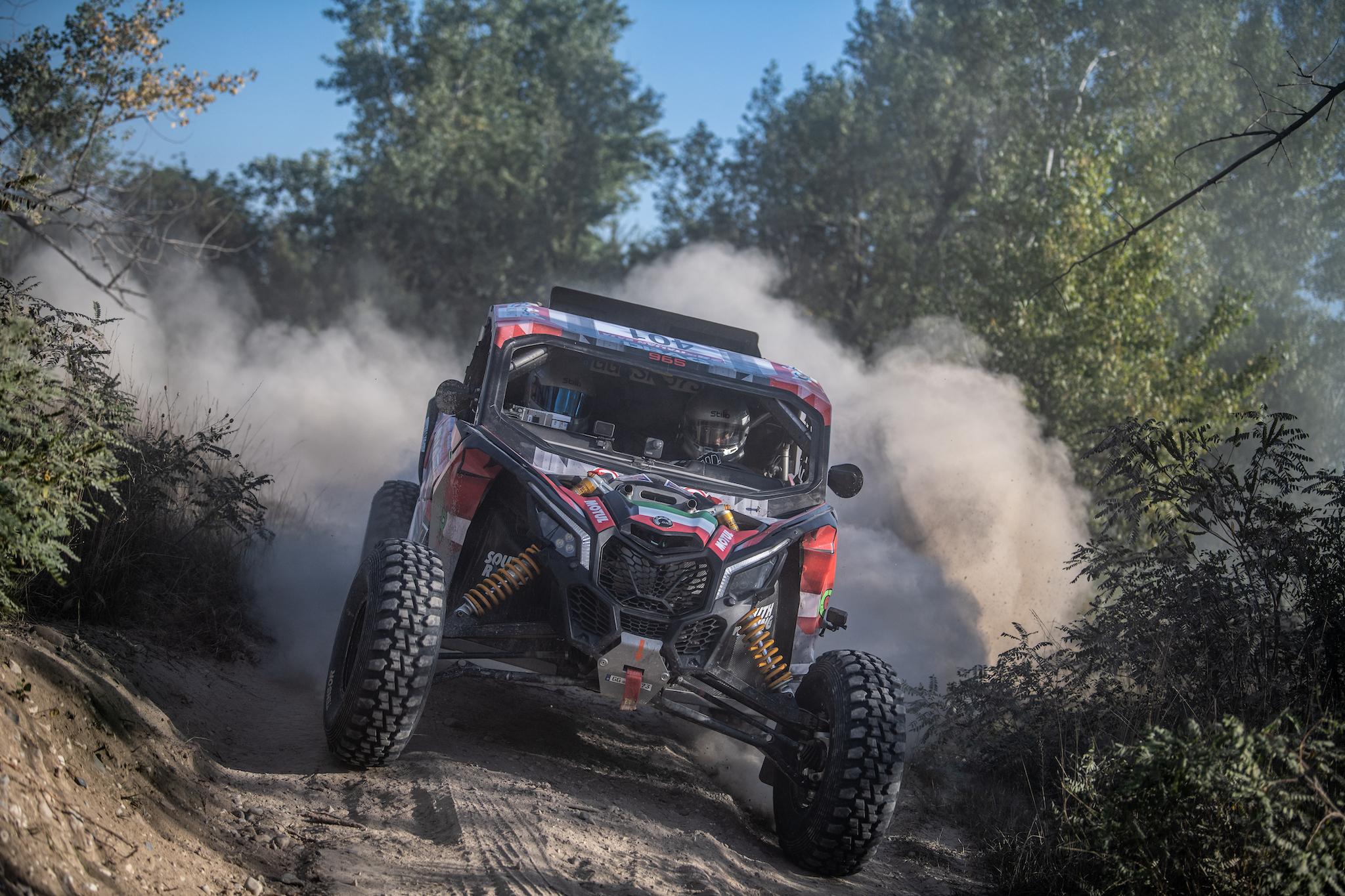 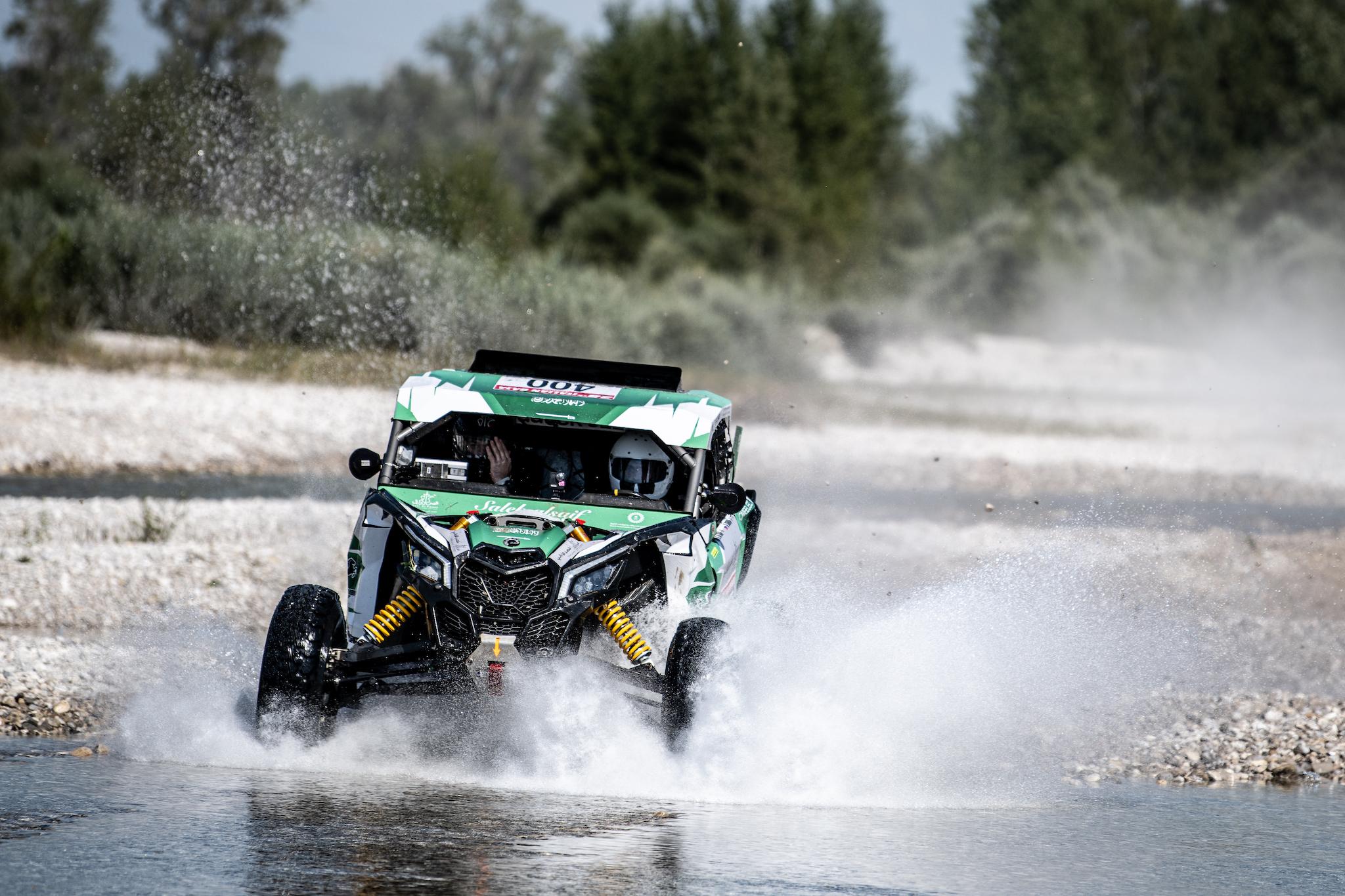 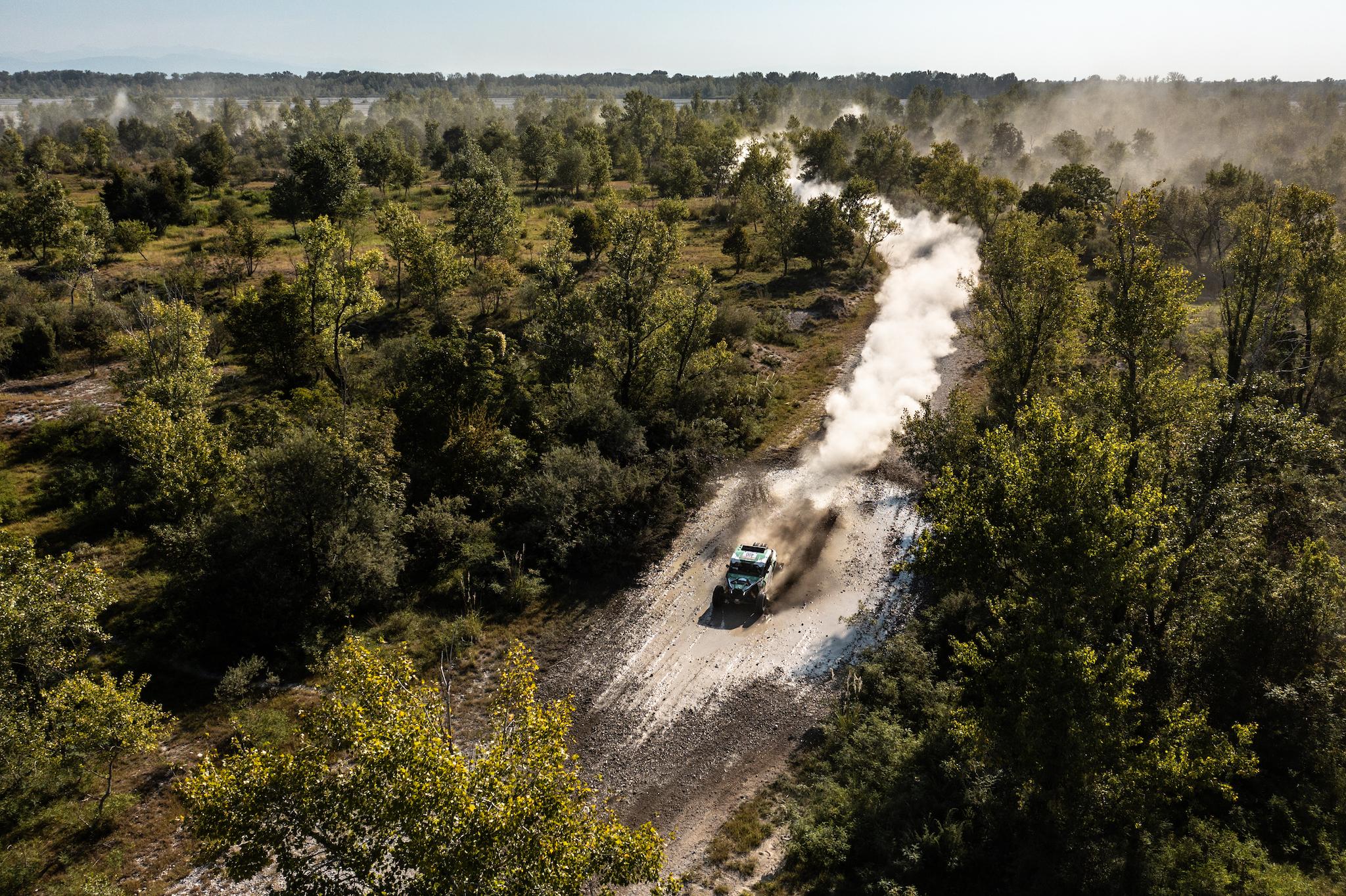 After Friday’s unfortunate accident we were not able to continue,” said the Kuwaiti. “But we look forward to Baja Portalegre where we are still in a fight for the championship. We can drop our two worst events. It is going to be difficult but we are there to fight.”

South Racing Can-Am Team’s manager Scott Abraham said: “Once again, it was a great event for the South Racing Can-Am Team and a brilliant job by two of our teams to secure the top two spots on the podium. It showed that the Can-Am was the fastest and most reliable SSV in the field. It was fantastic for Alex and Pedro to wrap up the inaugural European Cup. But it will be a nail-biting finale in Portugal with Saleh and Mshari going head-to-head to try and win the FIA World Cup. South Racing has also wrapped up the FIA T4 Teams’ Championship, as well as the European Cup.

“Now we have some big weeks of work ahead of us with the Rally of Morocco with a big entry at the start of October.”

Competitive action for the South Racing Can-Am Team began with the 7.55km Meduna qualifying stage on Friday lunchtime. Al-Saif pipped Al-Thefiri and Ré to the T4 win by just 1.2 and 2.1 seconds respectively, with Amerigo Ventura in fourth place.

“There was some very deep water in four or five places,” admitted Al-Thefiri’s co-driver Al-Kuwari. “The car was full of water. Our overalls were wet. But it was a good start.”

The starting order was duly arranged for the first of four selective sections, with teams tackling 74.94km across nearby riverbeds and flood plains on Friday afternoon. Al-Saif recorded a stage time of 1hr 09min 47sec but that dropped the Saudi into second at the night halt behind Ventura. Ré was third but Al-Thefiri suffered a costly retirement after an accident that severely dented his title ambitions.

Three runs through a selective section of 92.31km between Pasch and Dignano were on the cards for the final day.

Al-Saif won the opener in a time of 1hr 23min 59sec to snatch the outright lead from Ventura by 39.3 seconds. A second quickest time also enabled Ré to close the gap on the overnight leader and he was third, 61.8 seconds adrift of second overall.

Ré was quickest than Al-Saif by 25 seconds on the second pass and managed to overhaul Ventura to snatch second place. The Portuguese duly headed into the third and final run trailing his Saudi team-mate by 1min 16.1sec.

Ré said: “We tried again to do nothing bad to the car. The Can-Am was perfect. We needed to beat the Yamaha and we won the stage in the T4 with a good time. It was nice to drive in this stage.”

Ré managed to win the last stage by 71 seconds to force a thrilling finale but it was not enough to deprive Al-Saif of the category win by the margin of just 5.1 seconds. Ventura rounded off the podium places. 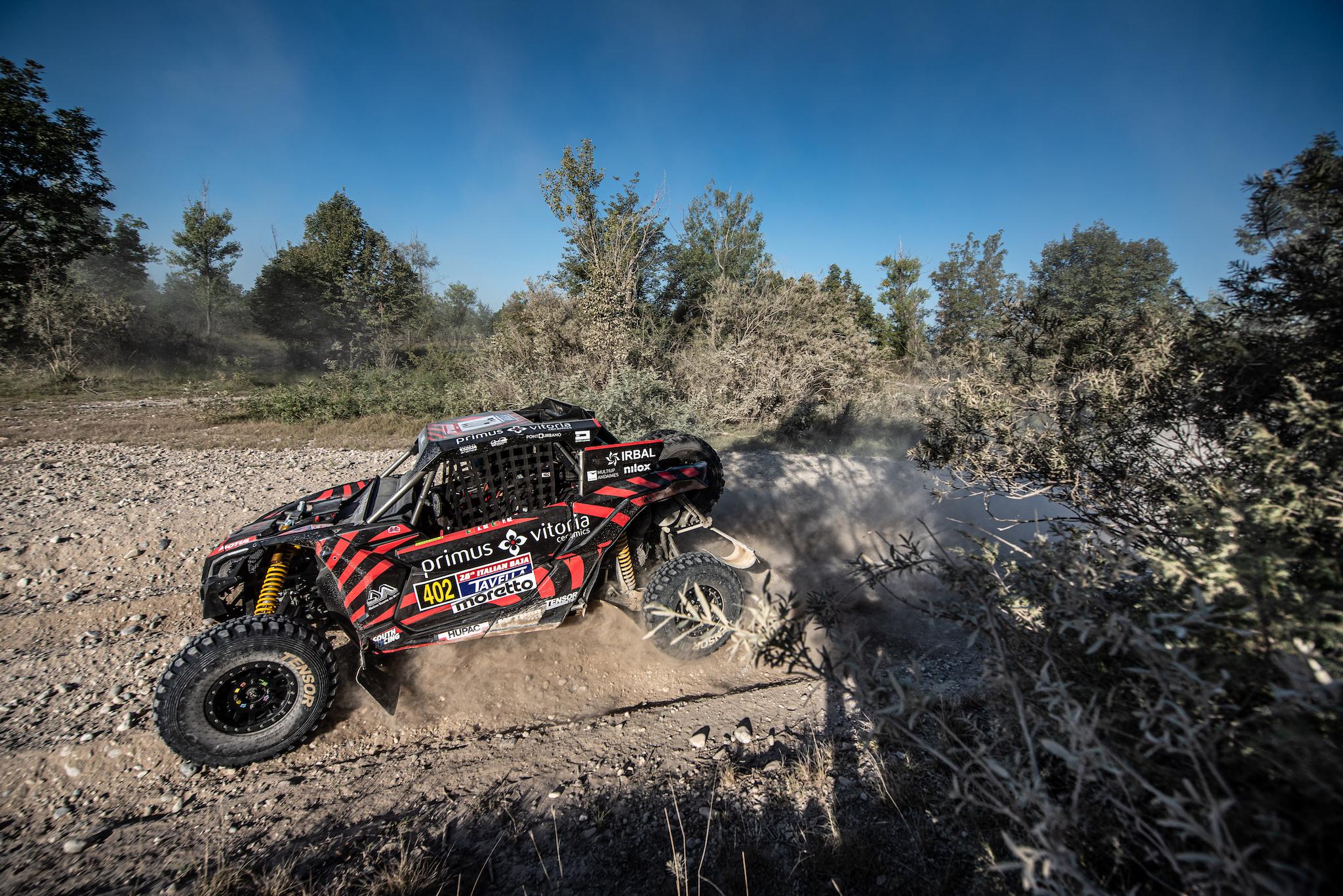 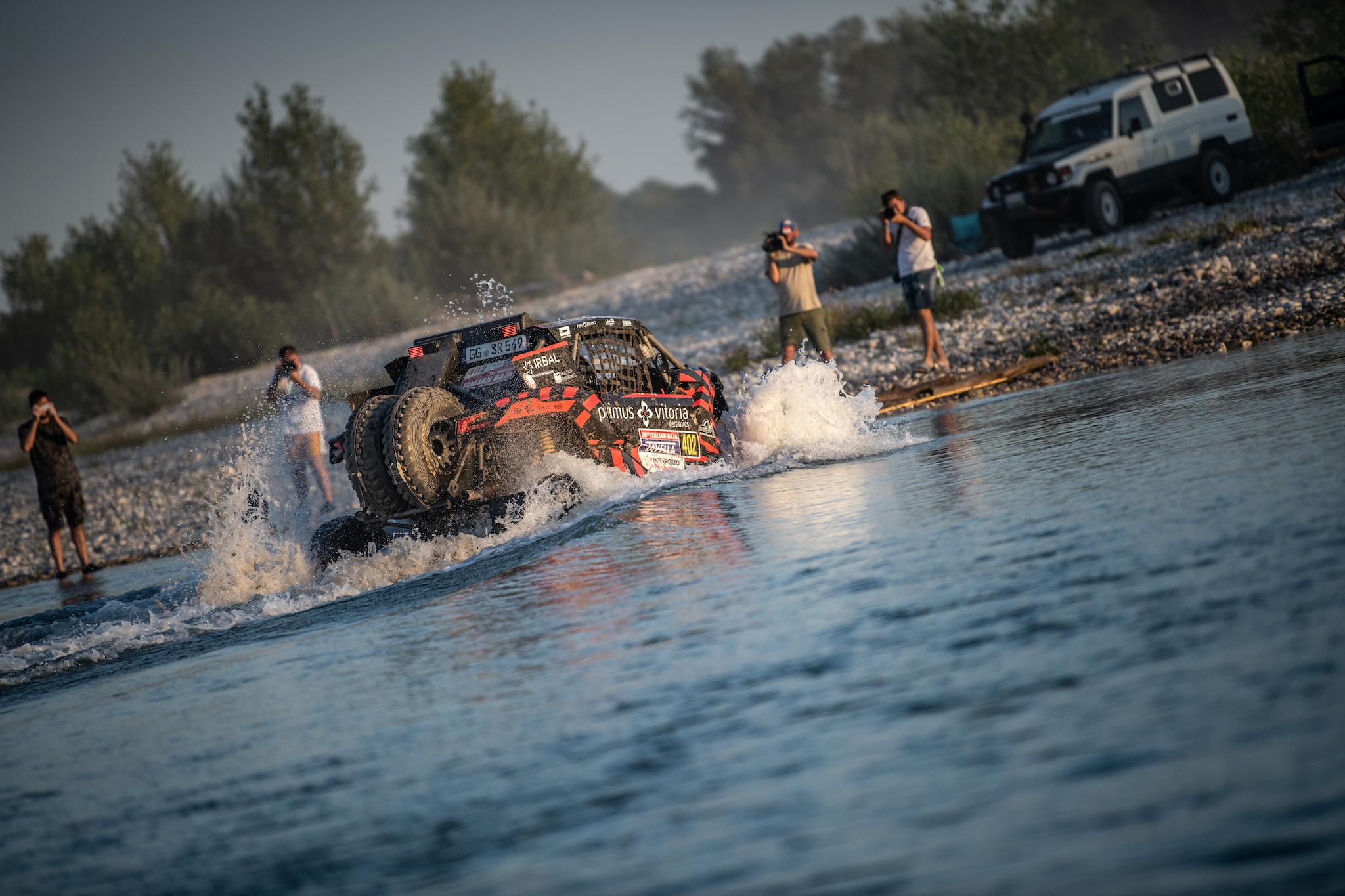