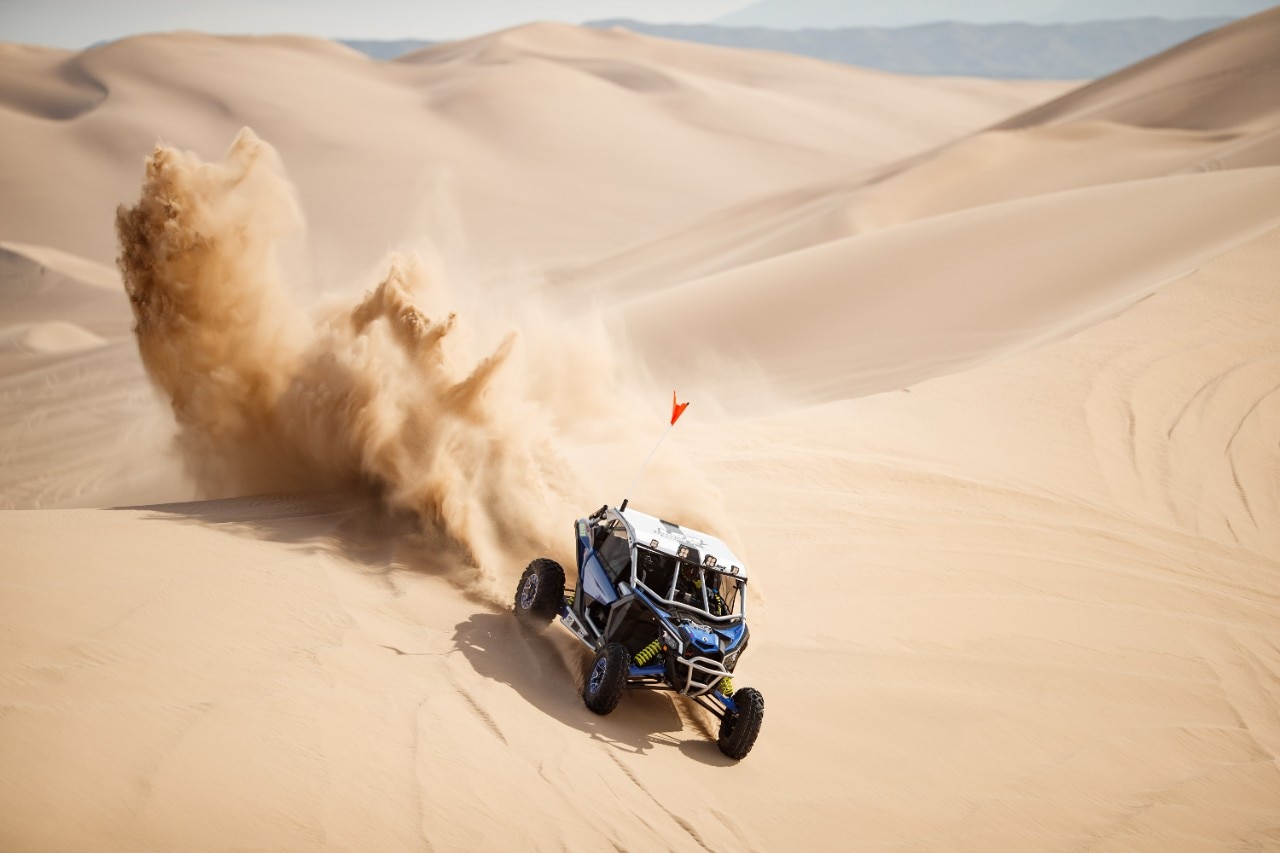 With the cancellation of the #TeamHilux Sugarbelt 400 due to excessive flooding in KwaZulu-Natal in April, teams are more than ready to get to Upington in the Northern Cape for the Toyota Gazoo Racing (TGR) 1000 Desert Race, which takes place from 24 to 26 June. This popular three-day race was voted Best Event of the Year in its inaugural year in 2021 and will form the second round of the 2022 SA Rally-Raid Championship.

Taking on a thousand kilometres over three days is an exciting, but tough challenge, but this is the challenge teams in the Production and Special Vehicle categories are looking forward to. Add to that the fact that they relish racing in the semi-desert Upington area as well as the possibility of adding a healthy amount of points to their championship tally, one can see why teams are counting down the days.

The TGR 1000 Desert Race will again be based at the Upington Expo Centre where the Race Headquarters as well as the Start/Finish of the event and the Designated Service Park (DSP) will be situated. And if competitors thought they had seen it all in 2021, they have some surprises coming, as the route for this year will encompass numerous new sections.

The TGR 1000 Desert Race will start at 12:00 on Friday, 24 June with the 75-kilometre Pirelli Qualifying Race to determine the starting grid for the race on Saturday. According to Route Director, Rudi Muller, who has been hard at work with various local land and property owners, the qualifying section will traverse property towards the north-west of the Expo Centre and will present competitors with a balanced combination of hard pack, rocky patches, sandy tracks and some small dunes.

With the ice broken – or the first dust in the air for that matter – and the opening kilometres on the clock, a 200-kilometre loop will await the teams on Saturday morning. The leading vehicle will start at 08:00 and teams will head out towards the north-west of the Expo Centre in the direction of the impressive Khi Solar One, Africa’s first solar power thermal plant. They will cross the Lutzville road before heading back to the DSP for a service break and after the compulsory 30 minute de-control, they will leave to complete the same loop again.

The route conditions for Saturday’s loop will be similar to last year with some hard pack tracks and rocky sections although this loop will primarily consist of sandy tracks and mini dunes.

Another 200-kilometre loop will be on the menu for the final day on Sunday with the leading team again setting off at 08:00. For the third day, competitors will encounter predominantly small dunes and sandy conditions when they travel to the north-east of the Expo Centre. They will cross the N10 in the vicinity of the crossroads on the R360 before making their way back to the DSP along the outskirts of the Upington Airport and the Karakul Research Station.

This semi-desert area, in the midst of a drought, was exposed to some good rains in the first quarter of the season, which has turned many of the arid landscapes into mystical planes. A change in the vegetation might add a different aspect to the race and with quite a few teams having changed categories, classes and vehicles since the 2021 event, the outcome of the 2022 TGR 1000 Desert Race could be one for the record books.

The second annual TGR 1000 Desert Race will also be a welcome economic boost for the area. Like many parts of the country, the Northern Cape also suffered during the recent pandemic and the tourism industry is only now slowly opening up again. Accommodation facilities, restaurants, filling stations and retail outlets will benefit from teams, support crews, families and supporters who will be visiting the area.

This year, the public will be welcome at the TGR 1000 Desert Race although the required Government regulations will be enforced.